Nearing the end of 2018, my father started noticing a cough that gradually got worse over time. He went to […]

The Esophageal Cancer Education Foundation will hold it’s 17th Annual Day at the Races at Monmouth Race Track in Oceanport, […]

27 days. Â Less than one month. Â That is how long John T. Warrenâ€™s battle with cancer lasted. Â In 27 days time esophageal cancer stole from this world a marvelous and loyal husband, father, son, brother, uncle, cousin, and friend. Â It stole a brilliant scholar, teacher, author, mentor, and human rights advocate. Â It stole from me a form of love and laughter that I will never again know, and left me in return wondering how any of this came to pass. Â How is it possible that a healthy, 36 year old man can be diagnosed with Stage 4 cancer when the only symptom he ever experienced was acid reflux? Â And why didnâ€™t I force him to have an endoscopy seven years ago when our family physician first recommended it? Â Because we mistakenly thought that a 36 year old man who ran six miles per day, six days a week was healthy, and that his health and the miracles of modern medicine could see him through cancer or any other physical ailment that came his way. Â But John never got the chance to have any treatment. Â He died two days prior to his scheduled chemotherapy. Â He left me, our 3 year old and five year old sons, and the rest of the world wondering what had happened and wishing we could only have had more time with him. 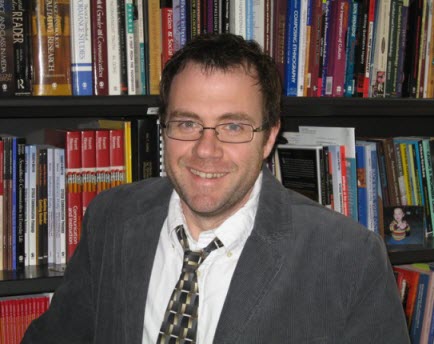 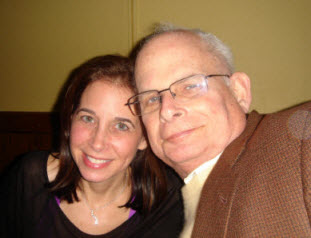 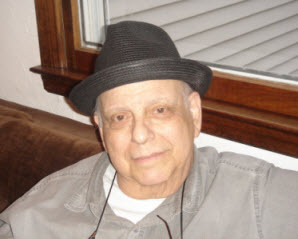 Back in 2007, the first diagnosis came.Â  My father, Paul Cohen, who had been healthy but suffering from heartburn, was told that he had Esophageal Cancer.Â  Overwhelming!Â  There was little information out there but we did the research that we could and started treatments.Â  Then in 2008, my father-in-law, Ira Cohen, was also diagnosed with Esophageal Cancer.Â  Devastating!Â  The shock was that neither one had any idea that they were sick.Â Â  Esophageal Cancer is a silent killer and they were both victims.Â  There is very little information available and by the time it is diagnosed, it is usually too late.Â  After two very long and brave battles, we lost my father in July 2009 and my father-in-law in December 2010.

My dad was my hero. Â He attacked this disease with great courage and determination from the onset.Â  He fought hard and was never deterred by the setbacks until the very end and even then I do not believe he was ready to give up.Â  My fatherâ€™s only hope during this time was that he would live long enough to see my son turn 4.Â  He didnâ€™t make it.Â  Ryan said â€œPaâ€ for the first time at my fatherâ€™s side of the bed the day of the funeral.

As for Ira, he also fought with a passion and got great joy out of the time he got to spend with my son.Â  To this day, Ryan will still talk about him and try to understand why he is not coming back. 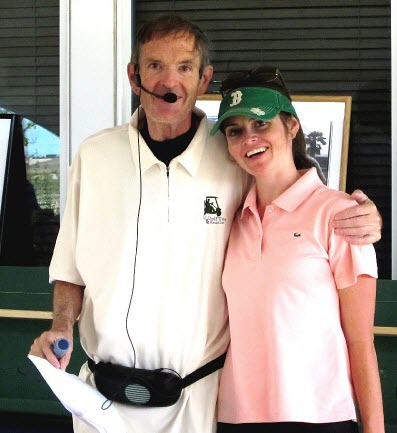 Our father, Bill Reddig, is being honored with a special Esophageal Cancer Awareness and Fundraising Event in Denver, Colorado this April 14th, 2012!

The event is being held in conjunction with April–National Esophageal Cancer Awareness Month. The location of the event will be at Stoneyâ€™s Bar and Grill on 1111 Lincoln Street, Denver, CO, starting at 7:30pm. In keeping with our dadâ€™s love of golf, the celebration will honor him and have a golfing theme. Tickets are $20.00 per person, with a portion of all donations going to esophageal cancer medical research projects that focus on early detection of esophageal cancer and are sponsored by the Esophageal Cancer Education Foundation. Dad is cancer free now, and anxious to spread the word about early detection of EC to friends, neighbors, and the general public.

March 11, 2010 my dad, Frank Castanio Jr., went to a gastrologist. He was having trouble swallowing and had been attributing it to acid reflux. He had been taking Tums and Rolaids and they werenâ€™t working.  He thought this was all due to the stress of working two jobs in order to provide  for his family. The gastrologist performed an endoscopy.  The endoscopy showed a large tumor in his esophagus and the doctor performed a biopsy and sent him for a cat scan.  He received the results, cancerous, on March 17th.  On March 23, 2010 at Sloan Kettering Memorial Hospital in NYC, my dad was diagnosed with Stage III esophageal cancer. The tumor at the time was believed to be confined to the esophagus. The doctors then ordered a pet scan and the results showed something up near or in the appendix. They removed the tumor which was attached to the outside of the appendix and the appendix laparoscopically and another biopsy ensued.  We were informed by the surgeon that they â€œgot it allâ€, they couldnâ€™t find any trail to link it to the esophagus and there were no signs of it in the stomach swashing. However, the biopsy said something else. Stage IV Esophageal Cancer. Our whole word changed forever. He began chemotherapy immediately. The tumor wasnâ€™t shrinking, the swallowing was worse; he was loosing so much weight. By August, Radiation was ordered.  The tumor shrunk in the esophagus but had now metastasized to his bones. In May 2011, after six different mixtures and rounds of chemotherapy, three rounds of different radiation and  monthly bone strengthening medicine, we were told there was nothing more that they could do and we should seek clinical trials. Mid May he was hospitalized for a week. The doctors tried to help him with his pain and regulate his medication so he could come home.

← Older posts
Disclaimer: This information is for educational purposes only, It is not to diagnose or treat your disease. If you do use the information contained on this web site without the approval of a health professional, you are prescribing for yourself, which is your constitutional right, but the author(s) and webmaster assume no responsibility