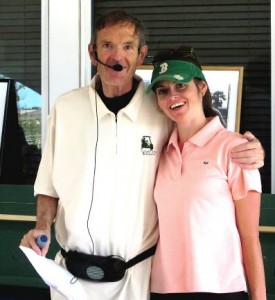 Our father, Bill Reddig, past away from complications dealing with his esophageal cancer. My sisters and I have decided to do a letter campaign to inform all of our family, friends and business associates about this disease and if they have any of the symptoms that they should see a doctor and get checked out.

For Dadâ€™s background story, he has never been a smoker, and is a very light social drinker. Dadâ€™s first symptoms were difficulty swallowing food at times and it seemed to be getting worse as 2008 started. After getting 10 dilations of his esophagus in 2007 and early 2008 to stretch his esophagus tube, he got some relief in swallowing food when a metal stent was placed in his esophagus. However, when the stent was placed, in an endoscopic procedure, an adinocarcinoma tumor was found in the middle of the esophagus.

Surgeons recommended 25 radiation treatments, and 5 chemotherapy sessions prior to surgery at the University of Colorado Anschutz Cancer Center. His cancerous esophagus section was removed and he had a â€˜stomach pull throughâ€™ up to the throat. Since the surgeons couldnâ€™t get negative margins after three tries, he was submitted to 5 more chemotherapy sessions after the surgery.

Unfortunately, in January 2011, an endoscopy and pet scan showed that there was a reoccurrence of cancerous cells at the point of the stitch near the throat. After soliciting several second opinions, dad had an excellent team of surgeons at Sloan Kettering Memorial in NY City operate. They completely took out his stomach and esophagus, and replaced them with a foot long piece of his colon, that connected his lower intestine to his throat. 15 hours into the 18 hour surgery, our family was told that to get clear margins, the surgical team would need to remove his voice box. Difficult as that decision was to make, it was the right one, his voice box was removed, and the team got negative margins. He now uses an electronic larynx.

My Dad passed away but he leaves Â his wife Kathy, and three daughters, Jyl, Jamie, and Janna to carry on his commitment to bring awareness of esophageal cancer to the world.

If you would like to make a donation in honor of Bill to support of Esophageal Cancer Awareness, click on the Donate buton below. 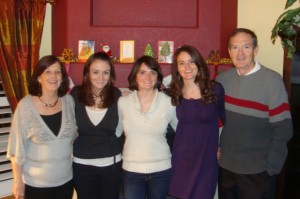 The Foundation received its 501(c) (3) IRS designation as a charitable organization and therefore making the donations that it receives fully tax deductible to the donor.