In Memory of Peter Desiderio 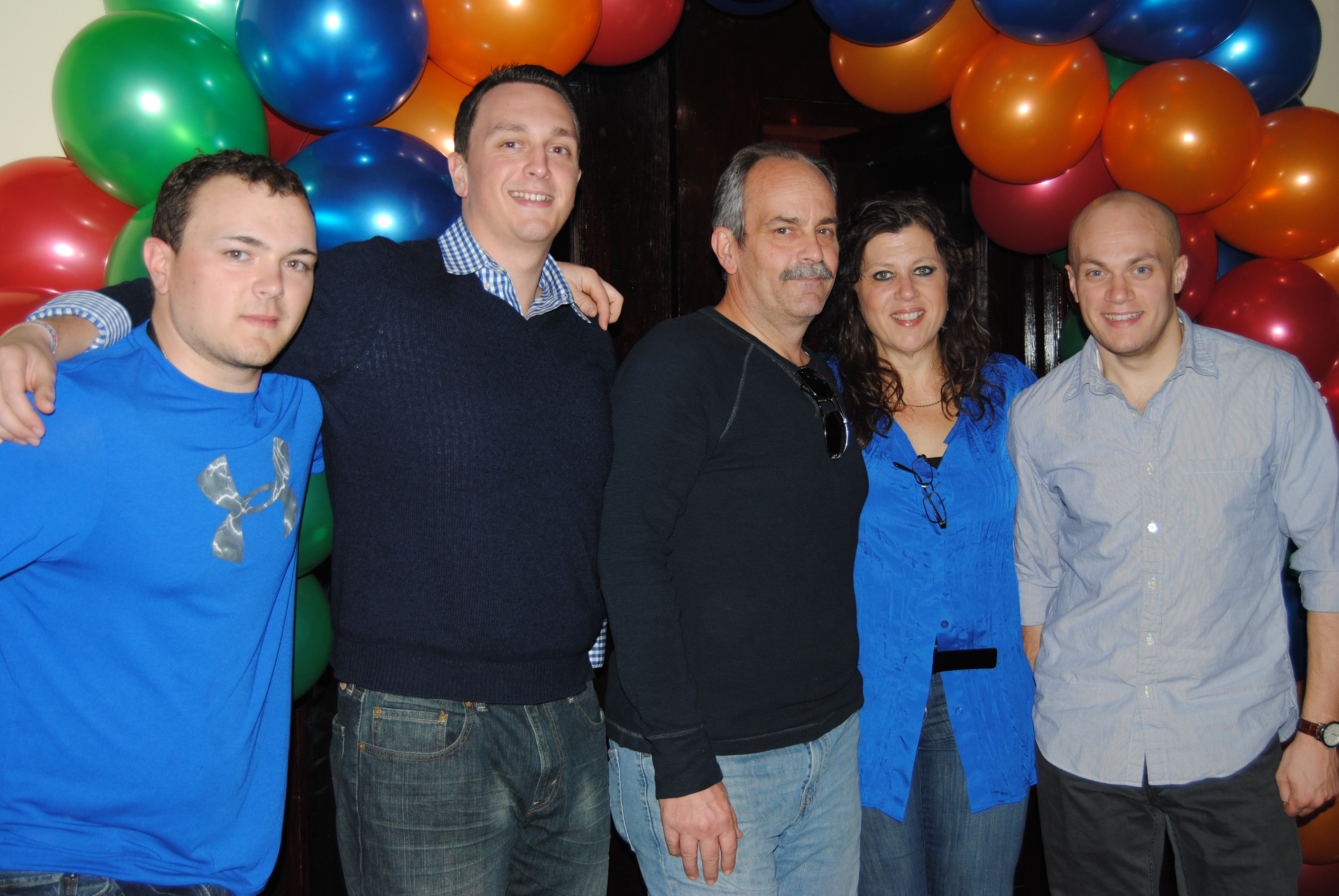 Peter and I have been together since 1972 we were married for 32 years. We have three children, Peter Jr.27 and Christopher 26 and Domenick 20. I notice for years that Peter would clear his throat often and coughed a lot too. Peter lived with heartburn his whole life and always had Rolaids in his pocket. Peter ate a lot of Italian foods that he loved and never gave heartburn a thought. Peter cleared his throat all the time, when telling the doctor about the clearing of his throat, he said, it was from his heart medicine, but in my heart, I knew there was something more. Peter was a smoker too, but quit in 2005.In December of 2011, it was getting worst and he started to not keep food down. He went to the doctor, and they sent him to get an endoscopy his first one ever. When the doctor came out he said they see something but they did not tell us anything more. In January of 2012 we got the news that he had stage 4 Esophageal Cancer. Peter and I had no clue what it was, and that it was so deadly. Every doctor we went to basically said we are sorry and wow you are so young. Peter started with chemo and radiation at Mercy Hospital. All went well and the tumor was small enough to operate. He had the Surgery in June of 2012 over 12 hour surgery at Mercy Hospital. The doctor was amazing, and we had so much hope for recovery.One year after his surgery it all came back and the tumor was growing. Once again Peter went through chemo, and we had hoped that all was going good until he just could not take it anymore. The cough never stopped and was present every time he would eat or drink. His lungs were filling up with fluid. Peter was a fighter, and always said what was on his mind. His love for his children, family and friends is what kept him going. The last few weeks of his life were heart breaking with the look on his face knowing he was going die. Peter lost his battle on July 11th 2014.
On March 19, 2016
I, my Family and Friends, had a special spin ride at the World Gym in Wantagh in memory of Peter with the plan to raise money and to bring awareness to this deadly cancer. Total raised on Bike sales was I am overwhelmed with the love for all those who participated in this event. All proceeds go to Esophageal Cancer Education Foundation with the hope that we will bring awareness of this disease and hopefully, this will not happen to you. We were so blindsided by the signs. Many thanks to Wantagh World Gym who did not charge me to have this event. Many thanks to Barbara Larrea, Elizabeth Berkhart and Roberta Quinn who took the time to make it an amazing event I will forever be grateful.
Total Donations Received $ 2,2o0.00

Have you ever thought about adding a little bit more than just your articles? I mean, what you say is fundamental and all. However think about if you added some great graphics or videos to give your posts more, &#82o0;p2p”! Your content is excellent but with images and clips, this blog could definitely be one of the best in its field. Wonderful blog!

HI Delia
It is interesting that you mention that. We have a You Tube Channel https://www.youtube.com/channel/UCDkh7_H9BOnNASdmG4pdF0g
and I have been thinking of merging a video about the blog comments we have made dealing with my journey through esophageal cancer.
Thank you for sharing your thought on this. We will see what we can do.
Bart