In Memory of Philip McManus 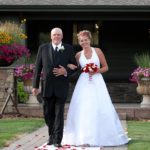 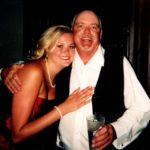 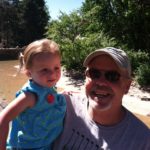 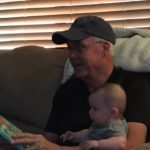 Our sweet Dad was diagnosed with stage 2 esophageal cancer at the age of 60 on September 23, 2016. The symptom that took him to the Dr. was difficulty swallowing. Prior to this, Dad suffered from heartburn, acid reflux, and diverticulitis. He was always known to have tums close by and I remember that from an early age.
He had lost a lot of weight which led to a placement of a j-tube. On September 27th he went in for a j-tube. This tube became terribly infected. They went back in, cleaned out the infection, and placed another tube. Sadly, he ended up in the ICU because of internal bleeding. They could not locate the source of the bleed. He had a complete blood transfusion. They found the bleed site to be near the second placement of the j-tube. This hospital stay was for 33 days and left with no feeding tube. He came home with bed sores and weaker, more malnourished than before.
He then started his radiation (4 days a week) and chemo (1 day a week) treatments. On December 31, 2016 Dad became very ill with a fever and abdominal pain. We ended up back in the ER. He had a diverticulitis infection. They were very concerned that they would have to remove his colon and he would have a colostomy for the rest of his life. This was a very scary potential because he was due to have his esophagectomy on April 3rd. They were able to get him through the infection without surgery. He once again came home with stage 3 bed sores. April 3rd came and it was the day for the big surgery – we had the best surgeon! The surgery went well and his Dr. was able to place another j-tube. However, Dad’s achilles tendons tightened in both legs in the week he was in the hospital. He was no longer able to get his heels to the ground. He was terrible unstable and unable to walk independently. This further weakened his muscular system since he was so limited and needed so much care to take care of basic needs. He was fed with the feeding tube for weeks which started to provide him some strength and weight back! Best news was that Dad was CANCER FREE!!!
On May 21st, Dad woke to chest pain and shortness of breath. He was back in the hospital with a chest tube to drain fluid around his lungs. He returned home on May 24th. His belly was very uncomfortable that evening and very bloated. He was weak and in lots of pain. I was terribly concerned. We woke on May 25th to an emergency ambulance ride to the hospital. He was septic. They told us that he was not going to survive the day, and we needed to notify loved ones, as well as say goodbye. He was unresponsive to life support. He suddenly started responding and they rushed him to the OR to do “exploratory surgery.” They found that his diverticulitis had perforated his colon. They removed the sick part and put in a colostomy. He remained on life support for 7 days. They were able to get him off the ventilator and slowly decreased the blood pressure meds. He did well for a week… with a few hiccups here and there. He had a lot of fluid around his lungs which was once again making it hard to breathe and despite the efforts to get the fluid off his lungs, they had to re intubate him. Because of this they ended up placing a track collar. He developed a low grade fever which became 101.5 the night before he passed. They ran all sorts of labs but by morning they were adding blood pressure meds which he was not responsive to. They relieved some fluid around the heart which shot his blood pressure up, however, it was not sustainable and he was going to need heart surgery because there was a bleed at the heart. Our poor Dad was not a surgical candidate at this point… everything that could have gone wrong, did. We lost our sweet Dad on Friday, June 16th – my sister and I, and our husbands were there for him as he passed. It was very peaceful.
Dad has two daughters – one of which he was preparing to walk down the aisle in October and 2 grand babies to watch grow up (now 2 and 6).
While esophageal cancer was not what took our Dad, it started the decline of his health. The research and awareness around this type of cancer is important work! I urge my friends who deal with heartburn and acid reflux to look into their symptoms. We were grateful to find fightec.org to have a memory page and donation place for Dad.
Thank you!

← The real story behind heartburn
Natural Ways To Relief Heartburn →
Disclaimer: This information is for educational purposes only, It is not to diagnose or treat your disease. If you do use the information contained on this web site without the approval of a health professional, you are prescribing for yourself, which is your constitutional right, but the author(s) and webmaster assume no responsibility