For Dad’s background story, he has never been a smoker, and is a very light social drinker. Dad’s first symptoms were difficulty swallowing food at times and it seemed to be getting worse as 2008 started. After getting 10 dilations of his esophagus in 2007 and early 2008 to stretch his esophagus tube, he got some relief in swallowing food when a metal stent was placed in his esophagus. However, when the stent was placed, in an endoscopic procedure, an adinocarcinoma tumor was found in the middle of the esophagus.

Surgeons recommended 25 radiation treatments, and 5 chemotherapy sessions prior to surgery at the University of Colorado Anschutz Cancer Center. His cancerous esophagus section was removed and he had a â€˜stomach pull throughâ€™ up to the throat. Since the surgeons couldnâ€™t get negative margins after three tries, he was submitted to 5 more chemotherapy sessions after the surgery.

Unfortunately, in January 2011, an endoscopy and pet scan showed that there was a reoccurrence of cancerous cells at the point of the stitch near the throat. After soliciting several second opinions, dad had an excellent team of surgeons at Sloan Kettering Memorial in NY City operate. They completely took out his stomach and esophagus, and replaced them with a foot long piece of his colon, that connected his lower intestine to his throat. 15 hours into the 18 hour surgery, our family was told that to get clear margins, the surgical team would need to remove his voice box. Difficult as that decision was to make, it was the right one, his voice box was removed, and the team got negative margins. He now uses an electronic larynx. He has been cancer free since.

Bill has regained lost weight from chemotherapy and regained 28 pounds so far on a liquid diet fed through a food tube. He is happy and able to be with his wife Kathy, and three daughters, Jyl, Jamie, and Janna and spend time on his hobbies. We are celebrating his success in fighting esophageal cancer at this event on April 14th.

The Foundation received its 501(c) (3) IRS designation as a charitable organization and therefore making the donations that it receives fully tax deductible to the donor. 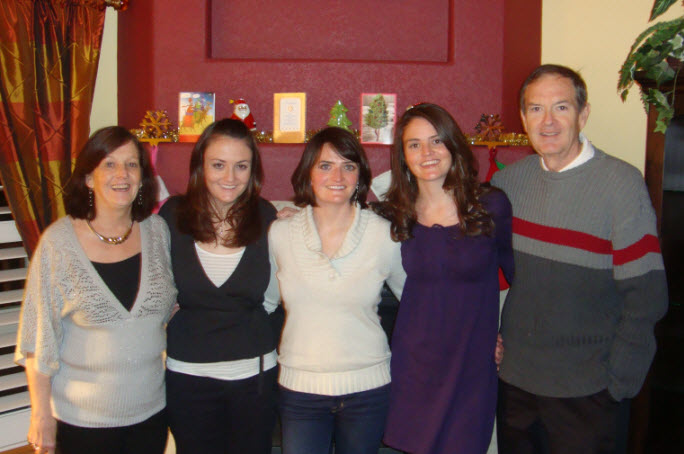 ← GERD: What is Barrettâ€™s Esophagus?
Palliative goals for esophageal cancer: Reduce discomfort and maintain nutritional status →
Disclaimer: This information is for educational purposes only, It is not to diagnose or treat your disease. If you do use the information contained on this web site without the approval of a health professional, you are prescribing for yourself, which is your constitutional right, but the author(s) and webmaster assume no responsibility