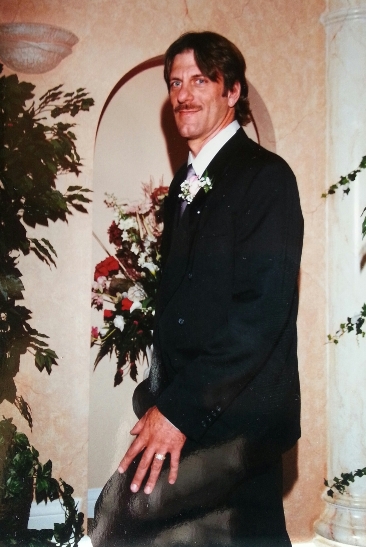 On January 18th, 2014, Michael A. De Benedetti received the diagnosis of Stage 4 Esophageal Cancer and was given 18-24 months to live. He immediately began simultaneous chemotherapy and radiation treatment.Â  On February 21st, 2014, my father went to the hospital to begin a new chemotherapy regime.Â  After having blood work done and complaining of severe stomach pain, the doctors discovered he was experiencing problems with paincreintitis, which needed to be taken care of prior to beginning his new chemo.Â  After receiving a scope and having multiple stents put in place to open the bile ducts so they could drain internally, he had to undergo a second scope to clear a blood clot from a stent.Â  Once this was taken care of, my dad then began having issues with his gallbladder.Â  The doctors treated the gallbladder issue with medication, but by then with a month and a half gone between chemotherapy treatments, he began having severe difficulty breathing. Upon meeting with his oncologist, it was determined that his cancer had spread to his lungs and was evident in a fast-growing tumor in his lymph node in his neck.Â  When he received this news on March 13th, 2014, he was informed he more than likely only had a few weeks left to live.Â  My father was given a single-digit chance of recovering with a massive dose of chemotherapy, the largest dose his doctors would have ever administered at the University of Chicago Medicine, Center of Care and Discovery.Â  He was aware this was his last shot at finding a cure, and that if the chemotherapy did not take, it could shorten the time he had remaining.Â  He had made a promise to his family to fight this until the absolute end, and decided to begin treatment immediately.Â  On March 15th, he began a three-day chemotherapy treatment, made stable, and was sent home on March 18th to allow his body to decide if it would take the treatment.Â  He went through a very difficult few days, having assistance with home hospice care and the love of his family by his side.Â  His breathing took a turn for the worst late in the day on March 22nd, and at 12:13am on the 23rd, he passed away with his whole family by his side.
My father always asked how this happened to him; he was healthy, had check-ups every year, worked a very active job and was in great shape for a 54 year-old man.Â  His family made him a promise to not let his death be in vain, and to make sure they fight hard to increase awareness of this awful disease.
Our family is having a benefit held is his honor on April 5th, 2014 at The Moose Lodge, 16310 Lincoln Hwy, Plainfield, IL 60586.Â  There will be a $10 cover, $15 for couples, a $5 split the pot raffle, a live band, a small comedy show, and many raffles and 50\50.Â  The highlighted raffle prize will be tickets to a first-round Chicago Blackhawks playoff game.Â  His family is also working on organizing an annual 5k to be held on his birthday, September 27th, in Joliet, IL with proceeds going to fund research and awareness through ECEF.
www.Facebook.com/bigmikebenefit