There have been seven deaths directly resulting from esophageal cancer in the Frankfort, Indiana community over the last thirteen years.Â  Esophageal cancer, while common in third world countries, is rare in the United States.Â  The idea that seven people lost their lives in the span of thirteen years, Â in the heartland of Indiana, population of 15,000 â€“ is astounding.Â  The families of some of these victims have organized an Esophageal Cancer Memory Walk to honor their loved ones.Â  The inaugural walk will be held on Saturday, April 12, 2014.Â  Monies collected from the event will be donated to ECEF to further educate the public and fund research projects related to this disease.
Here are the stories of two Frankfort citizens that succumbed to esophageal cancer.
John T. Warren

27 days.Â  Less than one month.Â  That is how long John T. Warrenâ€™s battle with cancer lasted.Â  In 27 days time, esophageal cancer stole from this world a marvelous and loyal husband, father, son, brother, uncle, cousin, and friend.Â  It stole a brilliant scholar, teacher, author, mentor, and human rights advocate.Â  It stole from me a form of love and laughter that I will never again know, and left me in return wondering how any of this came to pass.Â  How is it possible that a healthy, 36 year old man can be diagnosed with Stage 4 cancer when the only symptom he ever experienced was acid reflux?Â  And why didnâ€™t I force him to have an endoscopy seven years ago when our family physician first recommended it?Â  Because we mistakenly thought that a 36 year old man who ran six miles per day, six days a week was healthy, and that his health and the miracles of modern medicine could see him through cancer or any other physical ailment that came his way.Â  But John never got the chance to have any treatment.Â  He died two days prior to his scheduled chemotherapy.Â  He left me, our 3 year old and five year old sons, and the rest of the world wondering what had happenedâ€¦â€¦.and wishing we could only have had more time with him.
JerryÂ  Thompson 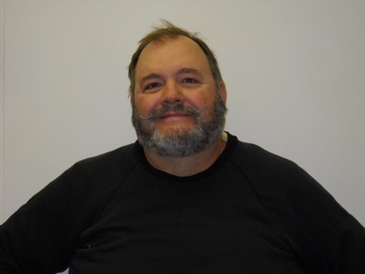 Jerry â€œMongoâ€ Thompson was a life-long member of the Frankfort, Indiana community.Â  He served the community for 23 years as a Police Officer, 14 years leading maintenance at the public library, and 24 years as the President and driving force behind the Clinton County Civic Theater.Â  He was active in many service organizations that made a significant impact in our town.Â  Several years ago he began experiencing heartburn and acid reflux that lasted for several months.Â  He treated these symptoms with antacids but did not pursue an endoscopy.Â  We now know that this was the beginning of his esophageal cancer.Â  In March of 2013, at the age of 61, he was diagnosed with stage 4 esophageal cancer.Â  Just 2 Â½ months later, the town of Frankfort lost one of itâ€™s finest citizens.
To donate to ECEF on behalf of this walk click on the donate button below:

← Losing Weight Could Reduce Cancer Risk
Jerry Thompson →
Disclaimer: This information is for educational purposes only, It is not to diagnose or treat your disease. If you do use the information contained on this web site without the approval of a health professional, you are prescribing for yourself, which is your constitutional right, but the author(s) and webmaster assume no responsibility